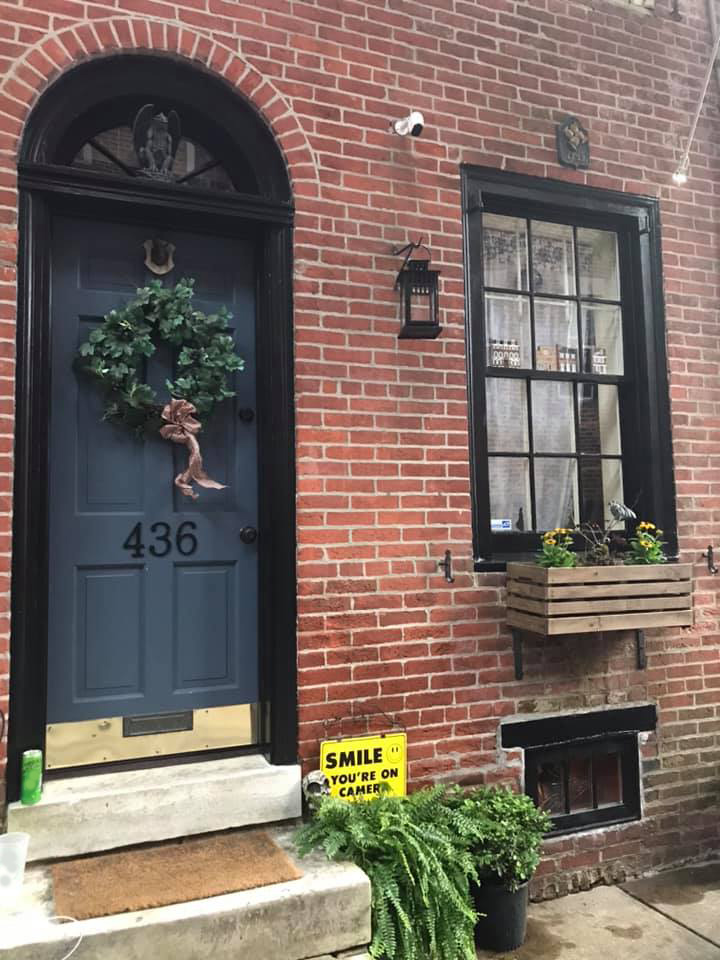 Our row house is 189 years old. Of those years, we’ve lived in it for 13, less than 10%. It’s a small house so owner turnover has been pretty high. I think we’re close to the twentieth family to have called it home.

As we repair and maintain various things, I think of the fingerprint we’re leaving. When we re-pointed the basement wall, we literally left our fingerprints in the mortar. But each thing we do is something that we may leave behind for the next owner. Sometimes those fingerprints remain for the life of the house. The mortar on the inside walls is the original. The people who built the house left their impressions.

At the time, interior walls were done by apprentices with broken, imperfect bricks with uneven mortar. They are imperfectly executed but there is something very human about them. Handmade. Bespoke. I think of young men, because masons were very likely to be men at that time, who may have been just starting out their professional and personal lives. Perhaps with a young wife at home. Maybe a child on the way, or newly arrived. I wonder if they lived in the neighborhood, or nearby? Before cars, long commutes were very unlikely and people would have walked to work.

With old houses, original details are a huge part of why people buy old houses and spend such care and effort in trying to maintain instead of replace. To maintain is to continue the story, albeit with punctuation. Old house owners understand that they are part of a history, a narrative. When old houses talk, it’s their story they’re telling through the fingerprints previous owners have left behind.

Perhaps as you’ve worked through similar projects, you’ve revealed layers of paint or wallpaper that tell a story of the previous residents.