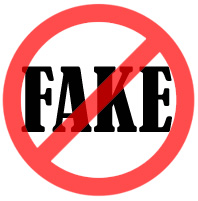 I thought I would outsmart the gardening gods by planting perennials in my flower box this year. Alas, they looked great for about 3 days and haven’t bloomed since. I would be really bummed out if it wasn’t for the success I am having on my balcony with a few hardy herbs, some random things that started growing unintended in a pair of vacant pots, and a geranium that I have successfully brought back from the brink of death.

Meanwhile, the new plants in the flower box look growth-challenged. Not dead but not vibrant. Very blah and ho-hum. What doesn’t look ho-hum are several flower boxes I pass during my daily commute-walk. They’re colorful and lush and… upon closer inspection, completely fake.

You have to understand that I have a black thumb. Until I moved into my row house, I never had a garden. My relationship with plants was a long, drawn-out cycle of vegetative doom. If anyone understands the attraction of fake plants, it’s me. However, during the past few years I have bravely started to garden with some success. So, because I won’t criticize without offering an alternative, here are my two favorite plants that have survived several years of my gardening skills, or despite them:

Other plants that have worked well include geraniums and marigolds but I do water those regularly and give them plant food so they require more work than the ivy and hostas which I all but ignore. We also had dusty miller plants that survived with minimal supervision until we put them on our balcony and ignored them for an entire winter.

So, be brave and try an actual plant. You just might surprise yourself!